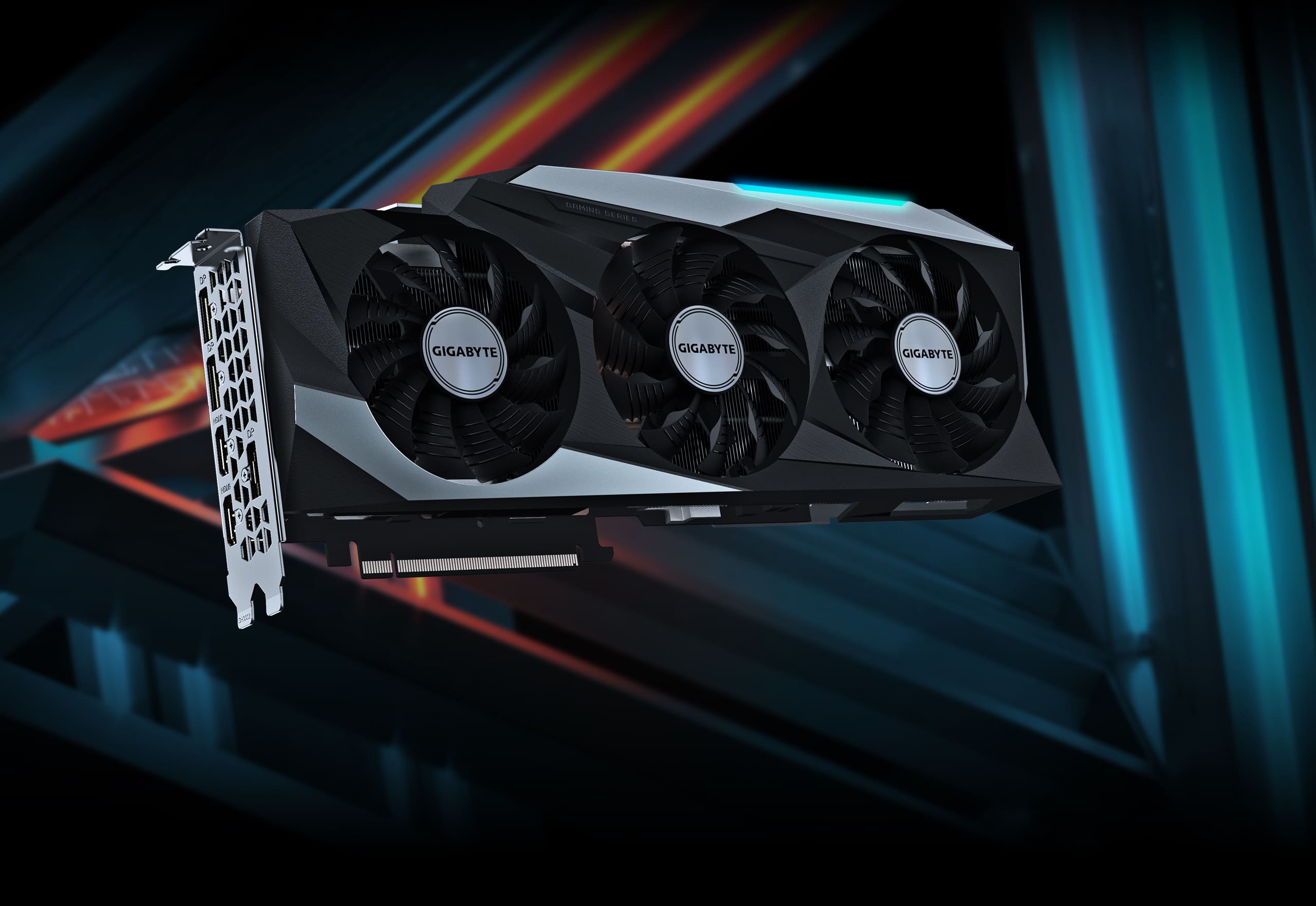 SMOOTH AIRFLOW
GIGABYTE turns the adjacent fans in the opposite direction, so that the airflow direction between the two fans is the same, reducing the turbulence and enhancing the airflow pressure.

3D ACTIVE FAN
The 3D Active Fan provides semi-passive cooling, and the fans will remain off when the GPU is in a low load or low power game.

UNIQUE BLADE FAN
The airflow is spilt by the triangular fan edge, and guided smoothly through the 3D stripe curve on the fan surface.

GRAPHENE NANO LUBRICANT
Graphene nano lubricant can extend the life of sleeve bearing fan by 2.1 times, close to the life of double ball bearing, and is quieter. 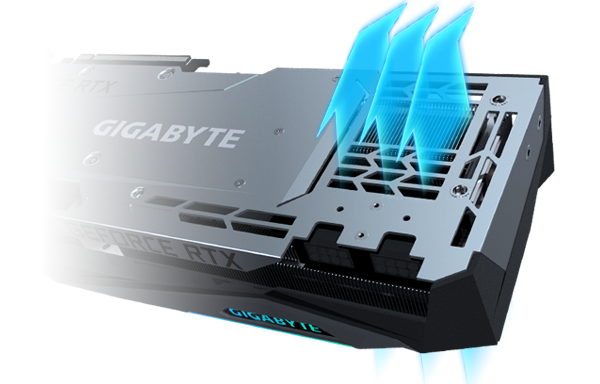 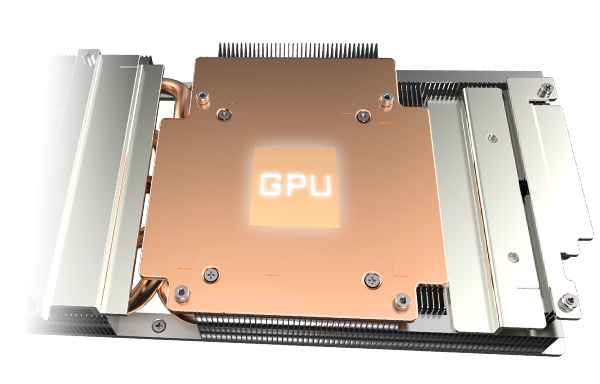 With direct contact to the GPU and VRAM, the large copper plate combines the composite heat pipes to efficiently transfer heat generated from the interior cores to the heat sink. 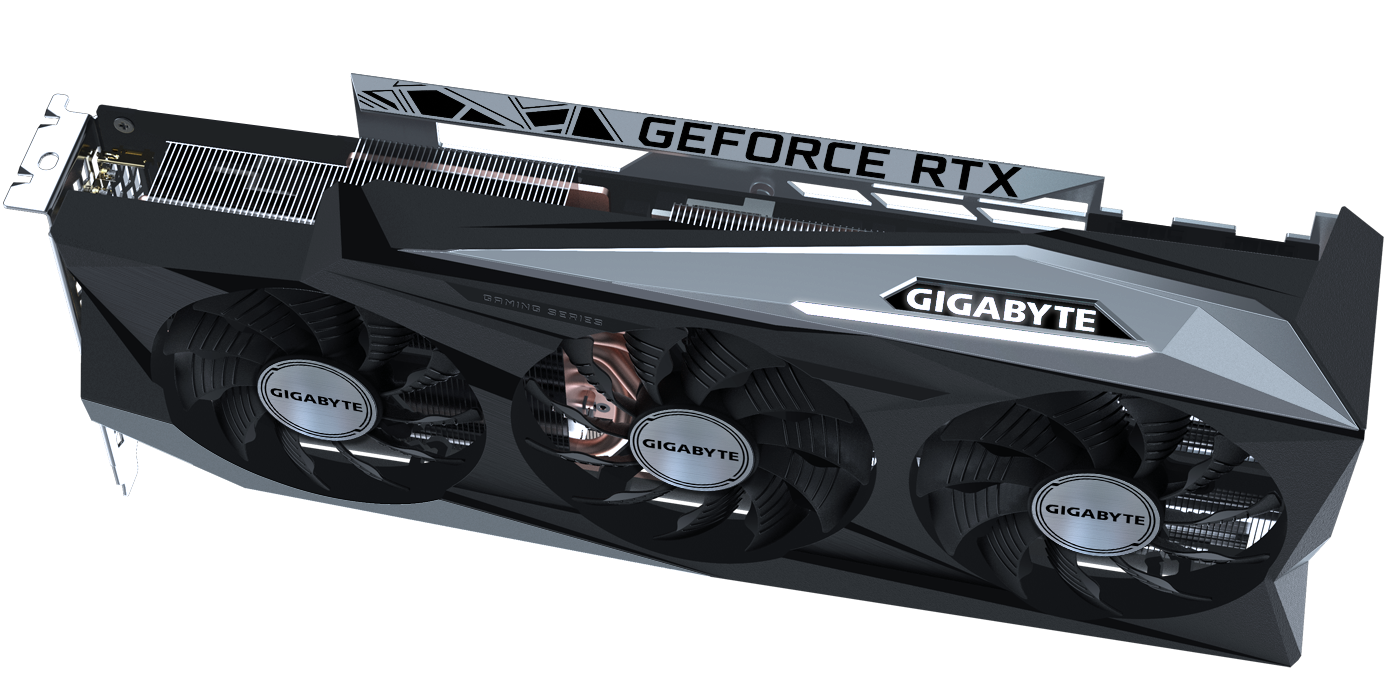 The metal back plate not only provides an aesthetical shape, but also enhances the structure of the graphics card to provide complete protection. 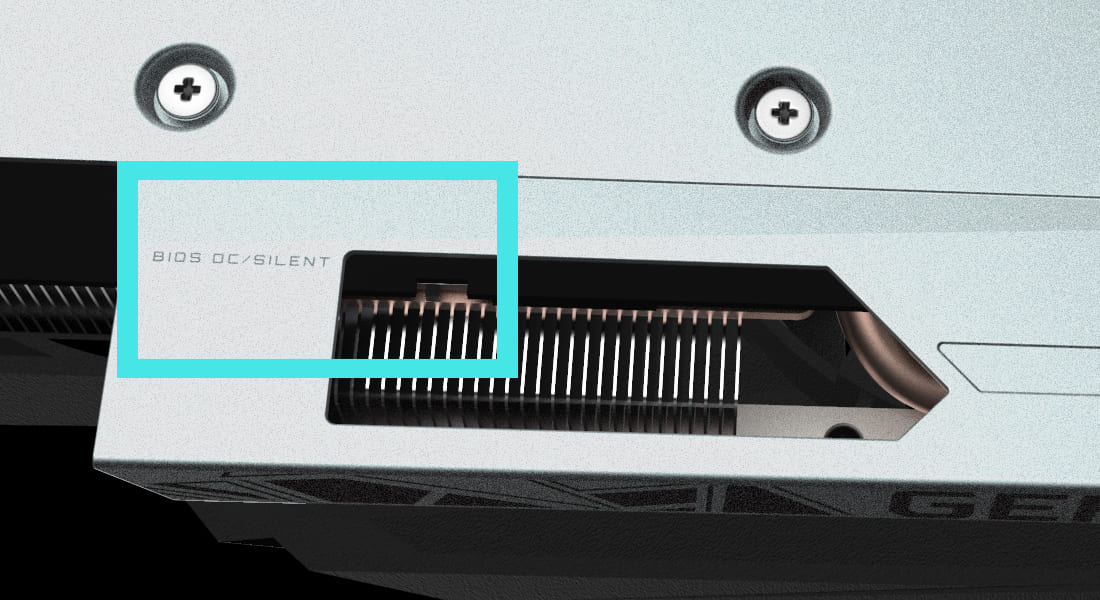 Silent mode will provide a quieter experience. The mode switch requires a reboot to take effect. The default is OC mode.

EXTREME DURABILITY AND OVERCLOCKING
The graphics card uses the better power phase design to allow the MOSFET to operate at lower temperature, and over-temperature protection design and load balancing for each MOSFET, plus the Ultra Durable certified chokes and capacitors, to provide excellent performance and longer system life.

FRIENDLY PCB DESIGN
Fully automated production process ensures top quality of the circuit boards and eliminates sharp protrusions of the solder connectors seen on the conventional PCB surface. This friendly design prevents your hands from getting cut or inadvertently damaging components when making your build.

The cutting edge intuitive interface allows you to adjust the clock speed, voltage, fan performance and power target in real-time according to your game’s requirements.