1000R, the new apex of curved screen technology, matches the contours of the human eye for unimaginable realism.

QLED, HDR600, and WQHD resolution come together for spectacular colors with total depth and detail.

The sleek matte black exterior is paired with a head-turning lighting panel for a vibe straight from the future.

240Hz RapidCurve, 1ms response time, and G-Sync compatibility raise you to the top of your game.

Go deeper into the game

1000R, the new apex of curved screen technology, matches the contours of the human eye for unimaginable realism. 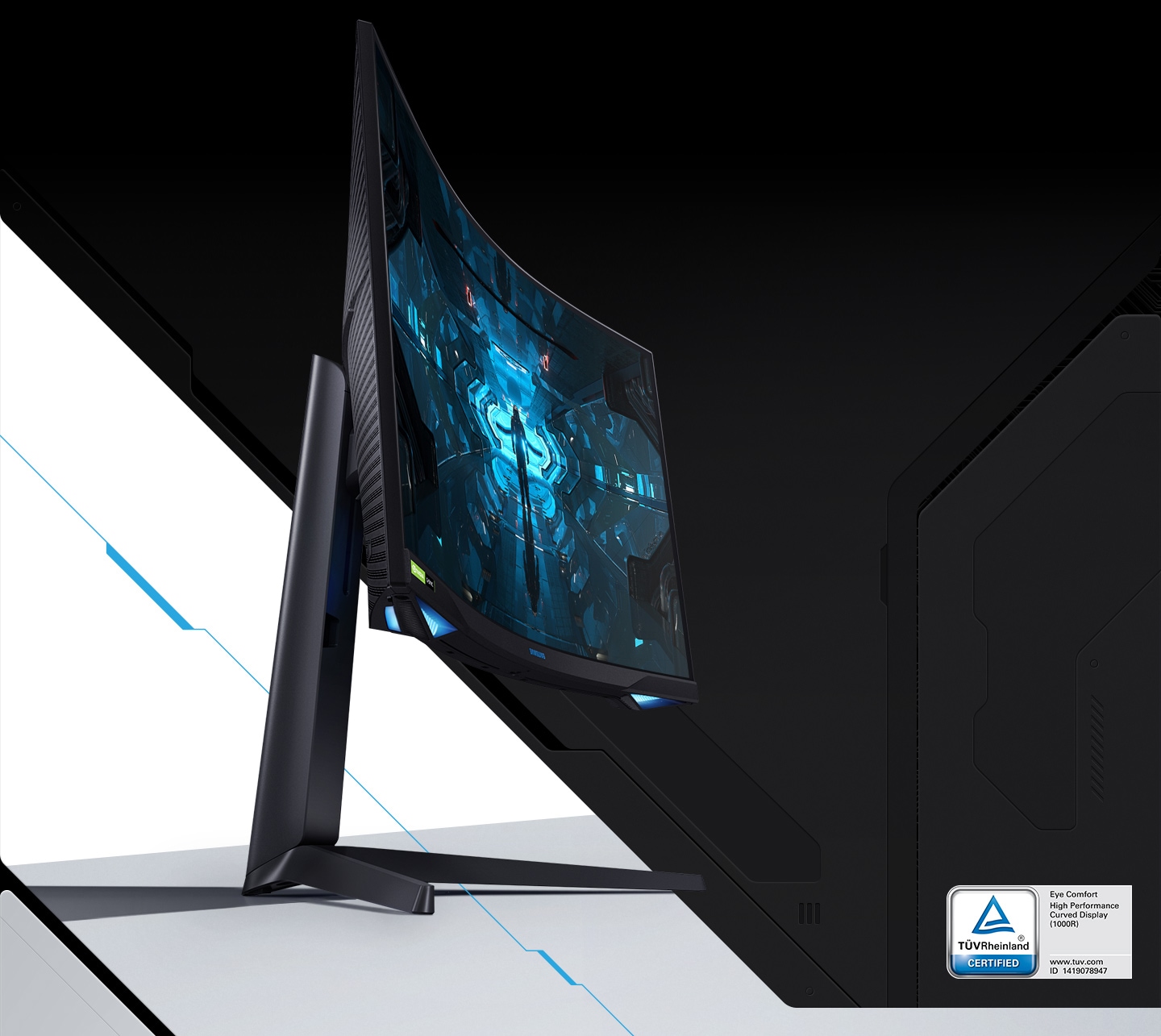 Vivid scenes wrap even more tightly around you. Experience the next level of heart-pounding gaming that’s superior to anything you’ve seen before. The 1000R display fills your peripheral vision and draws you into the character’s shoes.

※ ‘R’ is an acronym representing circular radius. The smaller the ‘R’ value, the deeper the curve.

Color in every detail. QLED brings a full range of lifelike hues to your display. See game scenes straight from your imagination vividly come to life.

This video shows the Odyssey G7 bright QLED quality. Various vivid colors are combined with the monitor to give you a cleaner color monitor.

Reveal the whole picture. HDR600 delivers more contrast, with deeper blacks and brighter whites. Even in dark scenes, every detail shines with clarity.

Your gaming world, more lifelike than ever before. Packing in 1.7 times the pixel density of Full HD, WQHD resolution boasts incredibly detailed, pin-sharp images. Experience a fuller view with more space to take in all the action.

Pick your touch of color. Add style to the back of your monitor with 5 distinct color modes. The default ice blue or any color selection brings a personalized touch to your monitor and its surroundings.

Seize winning control. The incredibly-low 2ms input lag brings never-before-experienced response accuracy to catch notoriously-agile enemies. It’s so fast, that action begins instantly when you turn on the screen, with virtually no delay between your peripherals and the game.

* The above input lag time is based on a series of tests using high precision input devices to measure the time for commands to appear on screen.* The tests were performed under the Odyssey G7 model’s standard settings of WQHD, 240Hz, Low-Input Lag On, and Adaptive-Sync On.* This was conducted under Samsung testing standards and may differ in real-life usage environments.

Conquer every enemy, even at soaring speeds. 240Hz RapidCurve eliminates lag for exhilarating gameplay with ultra-smooth action. Jump on enemies right when you see them with a 1ms response time, precise mouse movements, and blur-free frames with no ghosting.

Hyper action made seamless. G-Sync compatiblity keeps the GPU and panel synced up to eliminate choppiness, screen-lag, and image tears. Fast-action and complex game scenes are stable and stutter-free with AMD FreeSync Premium Pro for your competitive edge.